It was late on a Sunday night in June when I finally found myself on US Route 80, westbound for Selma, Alabama, on my way to our final week of filming - on location at last. It was my first time traveling a modern version of the road Viola Liuzzo drove the last night of her life. Even though this highway is now bigger, straighter, flatter - it is still a haunting drive. I was alone and the fog kept my vision limited; the occasional pair of headlights approaching gave me an ominous feeling. I wanted it that way. I wanted to have, if I could, even a small understanding of the life of the martyr I was portraying. She was an elusive woman. Accounts I had read of Viola were contradictory, and for good reason. Most Americans, until recently, had no idea who Viola Liuzzo was, myself included. Her greatest of sacrifices for the Civil Rights Movement - the only white woman to give her life - is buried in history beneath layers of misinformation.

On March 25th, the night of the completion of the third march to Montgomery, Viola Liuzzo was traveling back and forth on Route 80 delivering marchers back to Selma and running various errands as part of the transportation committee. After departing in her Oldsmobile from Selma at approximately 8 in the evening, driving with a single passenger, Leroy Moton (a 19-year-old African American), she was gunned down by four Klansmen on the highway in Lowndes County. Moton survived the attack physically unharmed.

If this description seems vague to you, it's intentional. The facts of Viola's death are equivocal, primarily because one of the Klansmen involved in the murder was paid FBI informant Tommy Rowe. So it depends on who you ask, what documents you consult, and who you believe as to what actually happened to Mrs. Liuzzo that night. And not only were the events of that evening obscured, but Viola's reputation, her history were twisted to fit multiple agendas.

For example: the death of a white woman in the name of civil rights is way more incendiary if the photo used in articles trying to elicit sympathy is of a beautiful young woman, aged 24, blonde hair perfectly coifed like an angel. But Viola was 39 when she passed, beauty of a different nature, a figure of strength, determination and full awareness of the boldness of her actions. As I searched for truth, I found that photos and books only spoke of moments and ambiguous facts, and that her humanity, her motivations, were yet a mystery.

Until I stood on the bridge. Wearing a trench coat, with my hair pinned and lips painted red, I found myself drenched in history. Not just the setting - a magnificent steel arch bridge welcoming visitors into downtown Selma, Alabama's second oldest city and home to 1250 historical structures in varying states of restoration. I found myself surrounded by living history. Many of our background players were lifelong residents of Selma - some had even participated in the original marches. And they shared a common love for the woman I was portraying. Faces glowed with pride as stories were shared; tears flowed freely as we prayed together in gratitude. Viola had only been in Selma for a short while, and yet she had inspired a commitment in the people of Selma to remember her and honor her. These were the hands that washed off the confederate slurs from her marker year after year. These were the voices that insisted on honoring her name in council meetings and in the media. Viola may not be remembered by a nation, but she is loved by many in Selma. 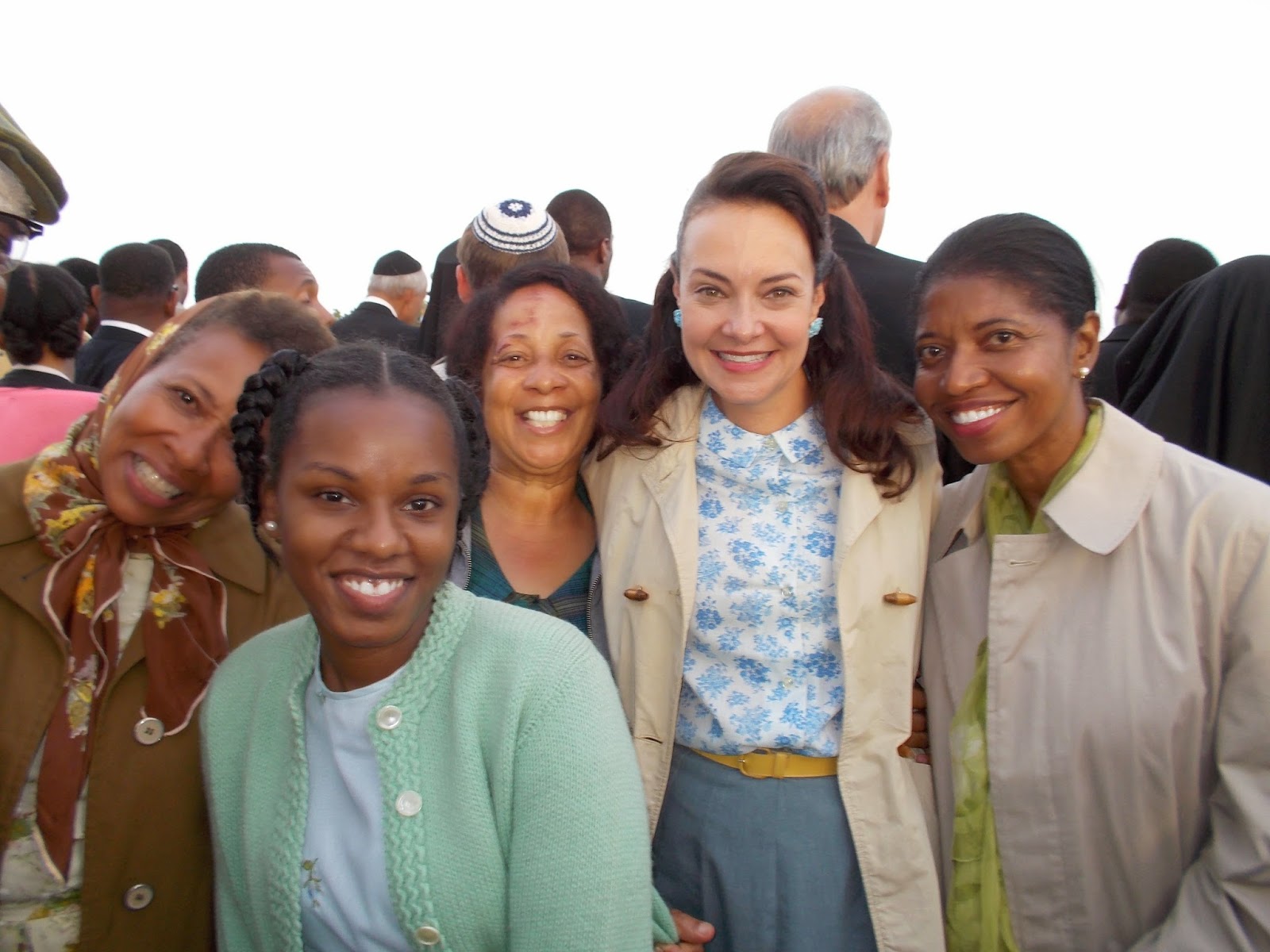 That day I felt as close to the truth as I am ever going to get. By marching hand in hand with those who love Viola, I felt what it meant to be beloved. I finally came to understand a martyr.
Posted by Tara Ochs at 3:01 PM

So beautifully written. I'm so glad you will be in Selma this weekend.