A Thank You Note to Selma

Dear Mayor Evans and the City of Selma,

Thank you for a weekend that my parents and I will never forget. Spending time with you during this historical celebration of one of our country's most courageous moments has been inspirational, eye-opening and empowering. 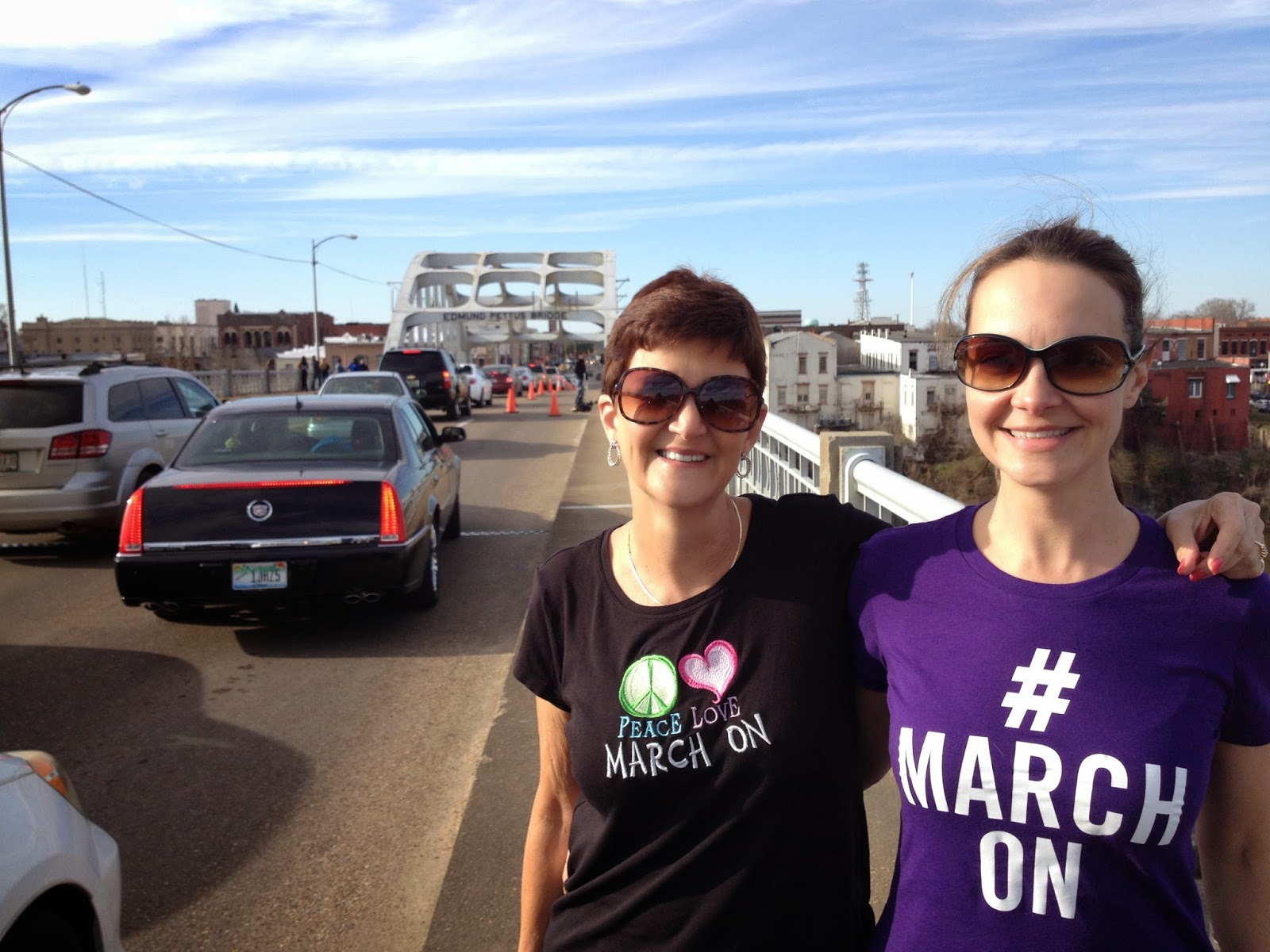 In days to come you will probably hear some complaints about an event that became bigger than your city could have ever prepared for, so I want you to know the truth from three participants who could not have asked for a better experience. And we did not have VIP badges.

Friday afternoon when we parked on the far side of the Edmund Pettus Bridge and walked our bicycles over the bridge, we had already made friends. A retired Marine/preacher and his wife from a small town in Mississippi didn't have any idea where to go. We shared what little information we had, an address for a church and the time of a rally later that evening. Someone else may tell you that your website wasn't helpful enough, but rather than spend time scrolling through webpages, my nose buried in my cellphone, I got to hear the story of this couple's journey to greet history. I got all the information I needed. 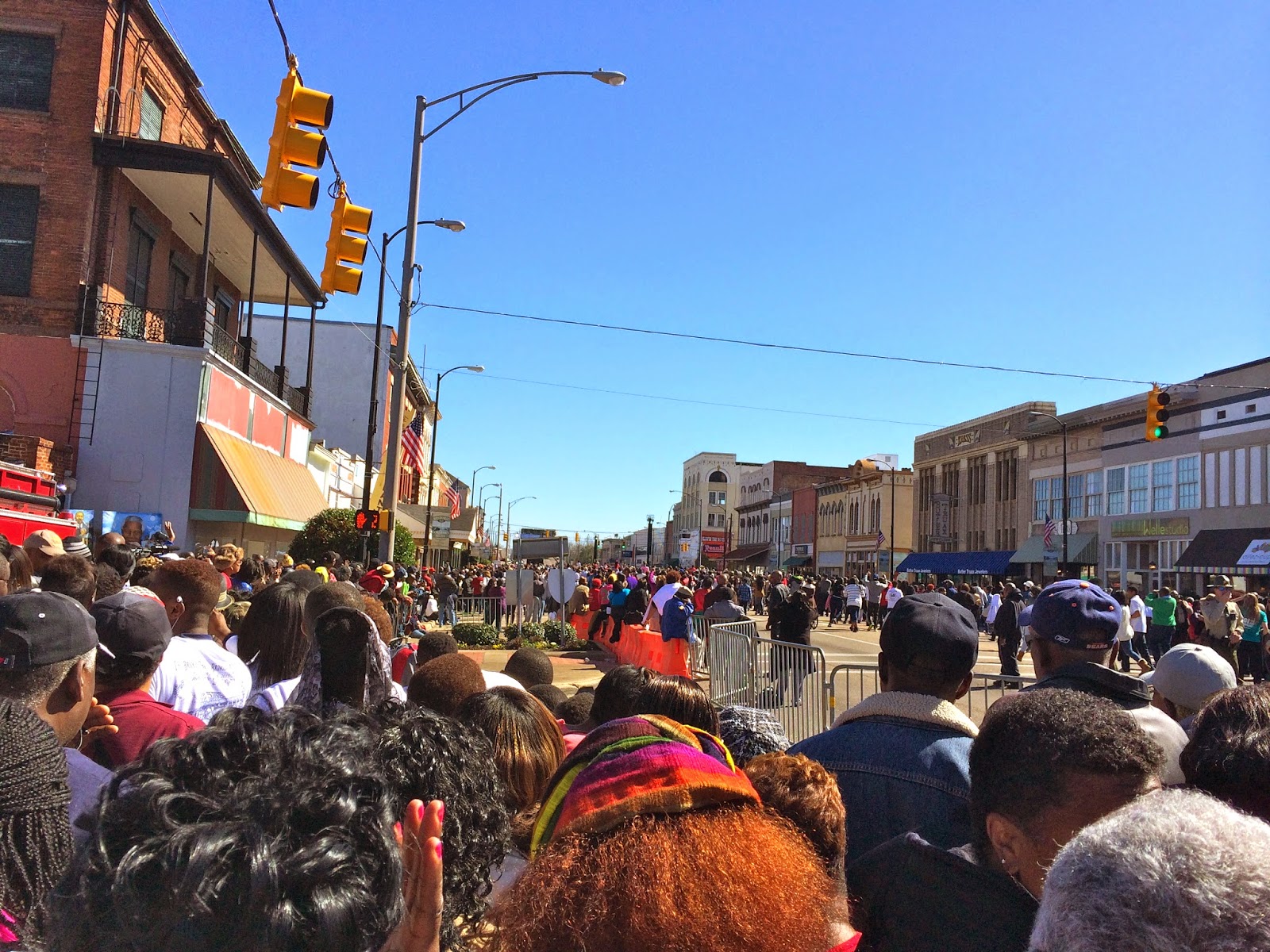 Saturday morning my parents and I wandered into downtown Selma as vendors scrambled to get sausages grilling and BBQ heated up. The streets were already filled with as many people as your population, twice over, most of them standing in a self-organized line wrapped around two city blocks to hear the President speak. After waiting over an hour, the line growing in front of us as buses pulled up and people joined the line wherever they saw fit, we decided not to bother and found instead a position on a curb three blocks away from the Bridge, just behind the back barriers.

Some may complain of long waits, sound problems, the heat, not being able to see. But not us. We stood all day in the sun, and when the President finally began to speak two hours after he was scheduled, we couldn't hear anything above a mutter. I'll tell you what I did hear: Rev. S.P. Powell, one of the foot soldiers on the bridge on Bloody Sunday was sitting on a trash bin just behind me, and before we knew it, the crowd around us was gifted with a word-for-word account of his experience, of the power of his faith to carry him through, of how Dr. King bought him a '55 Chevy to help in the coordination of the efforts. He really loved that car.

On Sunday afternoon, we stood amidst 40,000 people outside Brown Chapel, listening impatiently to a service gone on too long, (and yet every word just as meaningful as the next,) wondering when we'd finally be allowed to march. As the clock ticked past the scheduled hour, rumors of the March being cancelled began to filter through the crowd. Eyeing the almost entirely white police force and the majority

African-American marchers, I began to worry. I looked in the eyes of officials dressed in suits moving swiftly through the masses and they seemed focused,wary and guarded. Sunday afternoon could have been a disaster, when over 80,000 stirred-up, sunburnt participants were told the March could not proceed. But that's not what happened. Instead those of us at the chapel walked together, singing, the half mile to downtown to greet the rest and mill about for photo-ops. 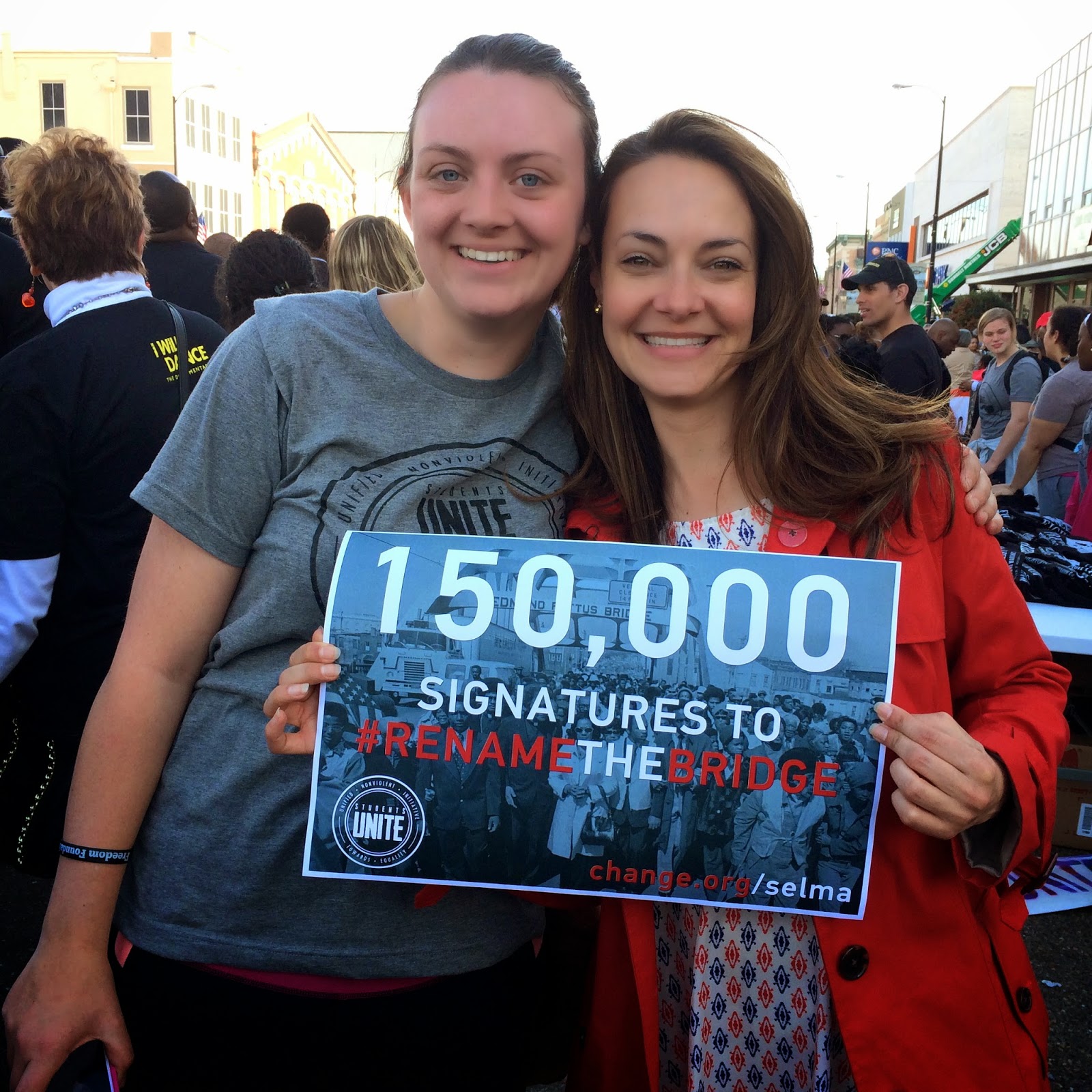 The bridge was packed; ambulances couldn't easily get to injured or exhausted participants. My parents and I didn't try to get near the milieu and instead stopped blocks before the river to stand with the dancing youth of the Freedom Foundation, RATCo and Students Unite. We held up petitions to change the name of the bridge while our friends sold T-Shirts to fund their new Youth Center. You may hear accounts of disappointment and the unfulfilled promise of an organized march - but that day I walked, sang, held hands - and I worked for change.

"I was there." It's a phrase I will be able to utter with pride and gratitude for the rest of my life. I was there with my parents, with my new friends, and most importantly with the living heroes of the Civil Rights Movement. I felt the spirit, I heard the passion, and I knew the reason why Selma is the place where change began.